The cyber industry is fast-paced, and sometimes it can be hard to keep up. However it's important that you are up to date on the latest news and cyber events, as it can give you a better understanding of the environment and the tools you need to detect and respond to cyber attacks. In our recent Perception report we took a look at all the recent news within the Finance Services, which included the top risks for the finance industry, the latest on Bitcoin and security flaws with some of the biggest UK banks. 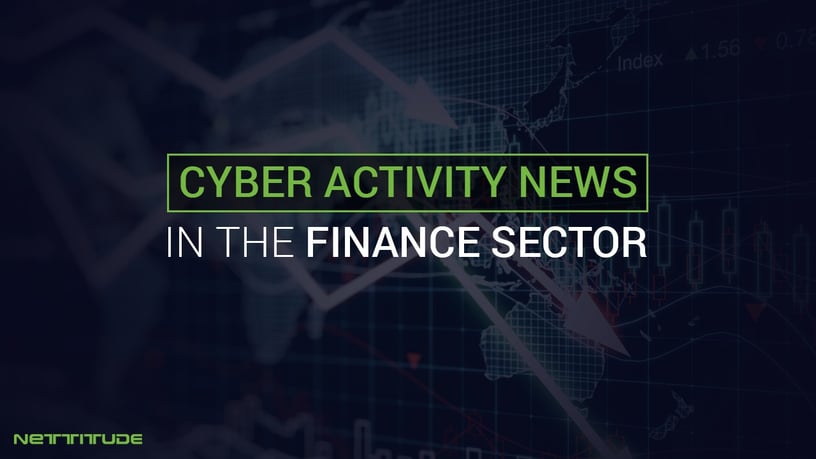 In December 2017 U.S policymakers revealed that the predominant risk to the finance sector was cyber security. The statement was made as part of the first Financial Stability Oversight Council risk report. In the report the council recommended that a group of top executives within the financial industry come together to create a private-sector council. They would correspond with regulators to address cyber security issues.

US Regulators vow to be on guard with Bitcoin risks

Its safe to say that Bitcoin has fluctuated in the last couple of months, peaking in December at $17,578, which is a huge jump when you consider the fact it sat at $1,000 in January 2017. This has brought into question the stability of Bitcoin and the impact it could potentially have on the finance sector.

The Financial Stability Oversight Council, said increasing investment in virtual currencies and associated distributed ledger technologies meant “it is desirable for financial regulators to monitor and analyze their effects on financial stability

3.32 million complaints about financial services in the first six months of 2017

In the first half of 2017 there were a staggering 3.32 million recorded complaints, according to the Financial Conduct Authority (FCA). This compares to 3.04 million complaints in the first six months of 2016. The FCA commented on the report: “Since June 2016, firms have been required to report data to us in a new way which has increased the number of complaints reported.” It is the first half year in which all firms are reporting under the new rules."

HSBC, NatWest, and the Co-op Bank fix app security flaws that put customers at risk for up to a year

A handful of Britain's biggest banks patched up a considerable flaw in December. The flaw could have left millions of customers at risk from having their personal data stolen. It was discovered by University of Birmingham academics, the flaw allowed an attacker to steal username, password and pin code, through a 'man in the middle' attack.

It isn't possible to tell if any customers had been affected by the flaw, but they have have been left exposed for around eight months. Criminals would have been able to gain access to a customers details by hijacking their accounts, when connected to the same public Wi-Fi network.

This is just a snapshot of the information that can be found in the most recent Perception report. It's packed full of the latest information on getting ready for GDPR, Blockchain as well as a more in depth look at the latest news. If you work within the finance sector this is well worth a read.