With the number of cyber-attacks growing in prominence every day from the reputational ruin of organisations overnight to the manipulation of election results, the threat cybercrime presents to us all should not be undervalued. 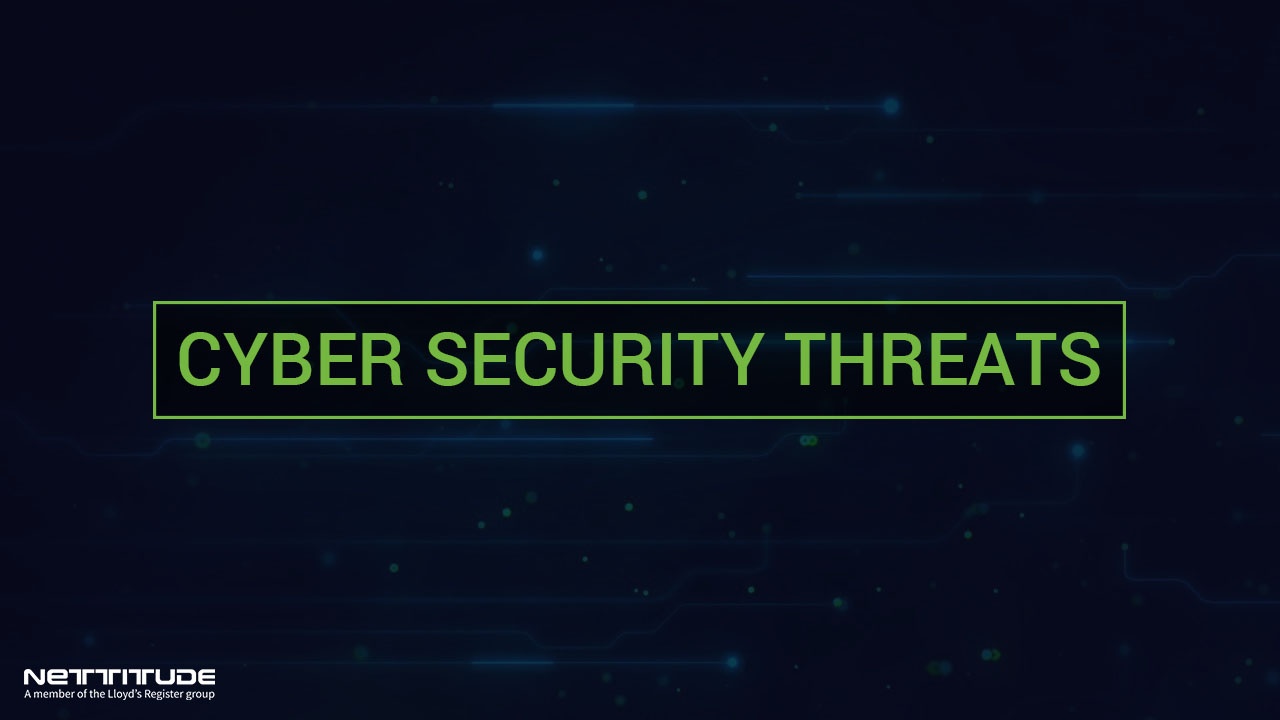 Speaking in 2017, billionaire businessman Warren Buffett said: "I don't know that much about cyber, but I do think that's the number one problem with mankind." Buffett even went on to predict that cyber-attacks could become a more significant threat to humanity than nuclear weapons. (Business Insider)

In this guide, we look at what a cyber security threat is, different cyber attack techniques, and common cyber threats and how to defend against them. We then go on to explain the critical importance of cyber threat intelligence (TI) looking at what it is, different characteristics, and how you can obtain it to support your cyber strategy.

What is a cyber security threat?

A cyber threat has the potential to exploit a vulnerability and breach security. The danger could then cause harm to an organisation or an individual.

The National Institute of Standards and Technology (NIST) in the United States of America define threat as:

Any circumstance or event with the potential to adversely impact organisational operations (including mission, functions, image, or reputation), organisational assets, or individuals through an information system via unauthorised access, destruction, disclosure, modification of information, and/or denial of service. Also, the potential for a threat-source to successfully exploit a particular information system vulnerability.

The different methodologies used in cyber-attacks tend to group into three distinct approaches as detailed below: NB. For details of the common threat actors behind cyber attacks and a list of cybersecurity threats most often encountered skip to the proceeding sections of the blog.

Common cyber threats and how to defend against them

Plus an overview of the primary threat associated with social engineering, social media and unpatched software.

An example of an APT attack:

Seasalt APT attack - Seasalt is a new surge of APT cyber-attacks launched against South Korea, the US and Canada. The attacks appear to connect to a cybercriminal group with associations to the Chinese military. (ZDNet)

How to protect against an APT attack?

While APT activities are characteristically stealthy and difficult to detect, by carrying out these steps, they can become more accessible to identify:

What is a DDoS attack?

A distributed denial of service (DDoS) attack, characteristically inundates a network source with requests, eventually overthrowing it and taking it offline

The most prolific types of denial of service attack:

How to protect against a DDoS attack?

DDoS attacks can take many forms, to mitigate their power consider these security tactics to build an infrastructure that is distributed, hardened, and as secure as possible:

Drive-by download attacks are a common technique for distributing malware.

What is a man-in-the-middle (MiTM)?

A man-in-the-middle (MiTM) attack strikes once an attacker places themselves between the communications of a client and a server.

An example of a MiTM attack:

In 2015, a gang of 49 criminals were convicted of MiTM offences towards banks across Europe (NakedSecurity)

How to protect against a MiTM attack?

We recommend that you introduce public key infrastructure (PKI) technology to your network to avoid your organisation falling prey to man in the middle attacks. PKI can help you as follows:

What is a malvertising attack?

Malvertising is a hybrid term for ‘malicious advertising’ and uses advertising to distribute malware on the internet.

An example of a malvertising attack:

Amazon malvertising campaign - Earlier this year, Amazon was the victim of what it called a ‘sophisticated and widespread’ malvertising scheme to deceive its customers (GeekWire)

How to protect against a malvertising attack?

To mitigate against malware ridden adverts users are advised to:

What is an email phishing attack?

During a phishing attack, the attackers distribute emails to the victim that are look-alikes from a trusted source. However, they indeed derive from a criminal who is attempting to steal information or manipulate users.

What is spear phishing?

Spear phishing is a targeted form of a phishing campaign.

How to protect against a phishing attack?

Ransomware encrypts (code) a target's data and demands a ransom to decrypt (decode) it.

An example of a ransomware attack:

Ransomware attacks are reported daily in the news. However, one of the most significant ransomware attacks to hit the headlines was WannaCry, which reportedly cost the UK national health service (NHS) £92 million.

How to protect against a ransomware attack?

Here are some examples of defensive actions you can take to mitigate against a ransomware attack:·

Ensure you train your employees through security awareness education about the dangers of social engineering. Whether it be online, on the phone, in the mail or in person, employees are tricked every day by hackers looking to exploit vulnerabilities in your biggest weaknesses – people.

Catfishing is rife in both the dating world and in business. Catfishing occurs when a user creates a fake social media account to exploit other users. Be vigilant what you disclose on social media as it can be easily used to a criminals advantage.

Failure to patch a system or a network is like leaving your organisation’s back door open to intruders. If you fail to patch a vulnerability and an attacker deploys a zero-day exploit against you and your company, you are open to negligence. Patching is a minimal requirement for cybersecurity, yet it is often disregarded or overlooked as a serious security measure, and attackers know this and can take advantage of the situation.

Knowing your likely threat actors is vital threat intelligence for preparing your organisation for an attack. With the ever-evolving threat of cybercrime looming over your business, you need a cyber readiness plan in place which monitors the tactic, technique and procedures (TTPs) of these groups and it needs to be continually reviewed to keep up with their development.

There are numerous groups of attackers operating today, here is a summary of the main characteristics of each group:

Misconfigurations in the IT network are a significant threat to organisations.

Such errors are providing higher levels of system privileges to staff, which allow them to see and do more than they should on the network and potentially overturn critical systems. 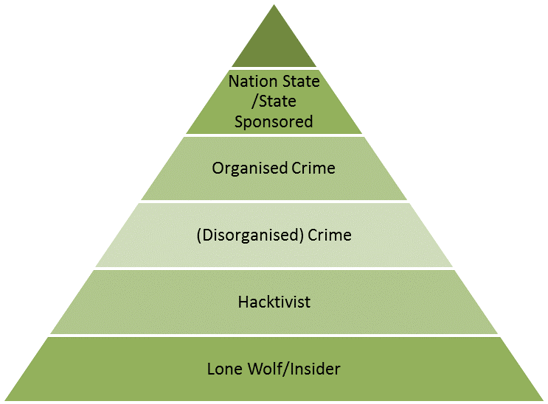 Now you understand who your threat actors are - as detailed above, the next step is to gather threat intelligence to help you identify when you are observed or under attack.

The importance of cyber threat intelligence

What is threat intelligence?

Threat intelligence or TI represents external information about a threat that an organisation can use to its advantage.

TI derives from a collection of four main intelligence sources:

The principal objective of TI is to research and analyse trends and technical developments in three areas: cybercrime, cyber espionage and hacktivism.

The intelligence collected is incorporated into the company’s defensive management processes, such as new policy creation, reconfiguration or design of a system, or the commision of new security technology.

The intelligence usually categorises into three areas: A. tactical, B. operational or C. strategic.


How do I obtain threat intelligence?

How to defend and protect your data against cyber threats?

Today's best practices for cybersecurity are a combined approach of in-house protection and third-party defences. Staying up-to-date with evolving cyber threats reach beyond what is feasible for an in-house security team to provide.

Techniques your partner should be using

What is cyber threat analysis?

The Counter Terrorism Unit (CTU) releases publically available research on cybersecurity threats, known as threat analysis. It shares the intelligence after the information is deemed no longer helpful to threat actors.

What are ‘emerging threats’?