Red Team Testing: 10 reasons why you should be doing it

Red Teaming is flavour of the month within the cyber security industry. But what does it mean? And should I really be considering it for my organisation/business? 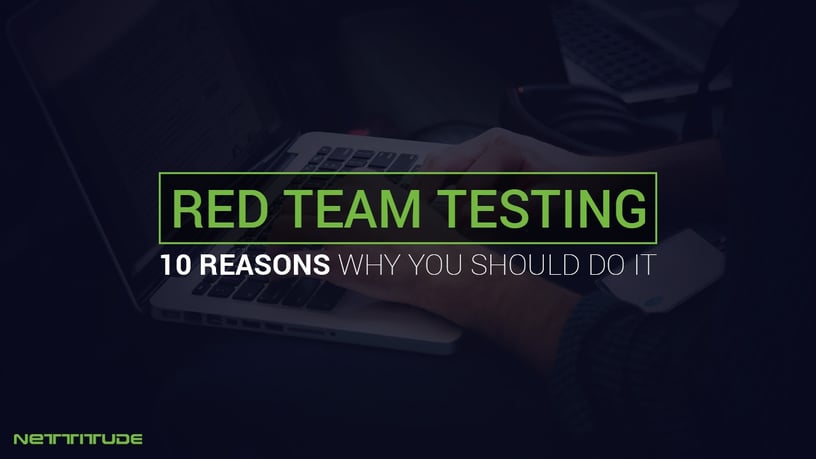 Many people these days have an established vulnerability scanning programme to check for poor configuration and bad patching issues. Many others conduct their annual penetration tests – so is Red Teaming just another sales and marketing ploy to invent another unnecessary security service? To answer that question, we first need to answer the question, what is a red team exercise?

What is Red Teaming?

Read teaming is a cyber security assurance test. It builds on Penetration Testing by having a much wider scope and remit both in terms of attack surfaces looked at, and in the level on controls that are tested.

It’s a senior stakeholder question and red teaming can answer it.

What approach is taken?

The 3 attributes below help to shape our understanding of a red team exercise:

The primary purpose of the Red Team is to validate your organisations effectiveness against credible and realistic cyber threats. The controls implemented by your existing cyber strategy are stressed and tested to see how the overall security posture reacts and behaves.

Red teaming may be more or less structured, and a wide range of approaches can be taken, as would be done in real life by a threat actor.

The Red Team's focus is on emulating a real attackers actions in order to determine the existing levels of assurance and to improve the effectiveness of any response to the required levels.

So, what are these 10 reasons why a red team exercise should be conducted?

A red team exercise will:

The result from a red team exercise should land on the CEO’s desk and inform them clearly of the current assurance levels around a cyber-attack.

The board and security governance processes within your business should then take these results and direct, change and influence the security programme to address the risks faced by the organisations critical functions.

Nettitude can help you deliver these tests, find out more here.