Coming to a theatre near you!

Not everybody understands the importance of PCI DSS, so sometimes making it accessible with analogies can help bring others on the journey.  PCI DSS is the script and your company is the theatre, preparing for ‘Showtime’!

The budget can be a key factor in the decision to put on a production:

A small community theatre can’t handle a large production like you’d find on Broadway or in the West End, therefore a show is scaled down and the script abridged.

Within PCI DSS, the choice of the payment channels you offer and the technology used to deliver them can have a huge impact of how many controls are required to implement and what it’ll cost.

Choose wisely to meet your objectives and select that smaller script in form of an:

Be sure to ask the licensee (Acquiring Bank) though, after all its their decision which they want to let you use. 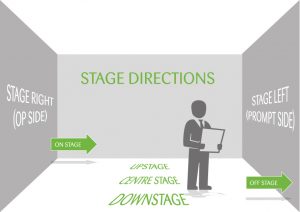 The success of a production is the people on stage and the performance they give, their:

This is often the difference between a hit and a flop!

The best shows are consistent in their delivery and exhibit a “Business As Usual” feel but the performers and stage crew go above and beyond each time to make it better and better each time.

By having good direction (policies and business processes) to interpret the script you've chosen, the actors (employees) give you a performance which endures and matures over time. 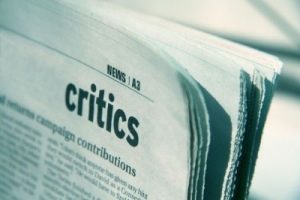 The critics come in and watch the performance carefully, writing up the review of your PCI DSS production; your assessment begins!

At the end of previews, they may tell you about something that isn't right, so come back within a short timescale to check you've remediated the problems so they can publish the review to the licensees.

In this case, if they like what they see, then you've landed yourself a license for one year, but you have to keep that production running smoothly with regular technical rehearsals throughout the year.

You cannot rely solely on your performance at night!

The best shows and plays run for years and years, but why and what is their secret? It’s quite easy really, they are well managed, with good scripts, with an excellent cast, to deliver consistently day after day, but they keep working on it and don’t rest on their laurels.

Mistakes and problems lose money and eventually the curtain comes down. Mistakes in your production of PCI DSS can lead to the licensee fining you, or worse still, they’ll withdraw you license.

The value of consistency cannot be stressed enough, so work with a good QSA company and engage with the license holder to keep that show on stage in an award winning manner.

Keep an eye on the script though, sometimes it changes, so work them into your performance as the SHOW MUST GO ON !