The future of IoT security and how to stay secure

In this article, we present the Internet of Things (IoT) and the current security status of IoT devices. The reader will also gain a practical guide towards IoT security in the workplace and an account of the latest information to help futureproof organisations against cyber attacks. 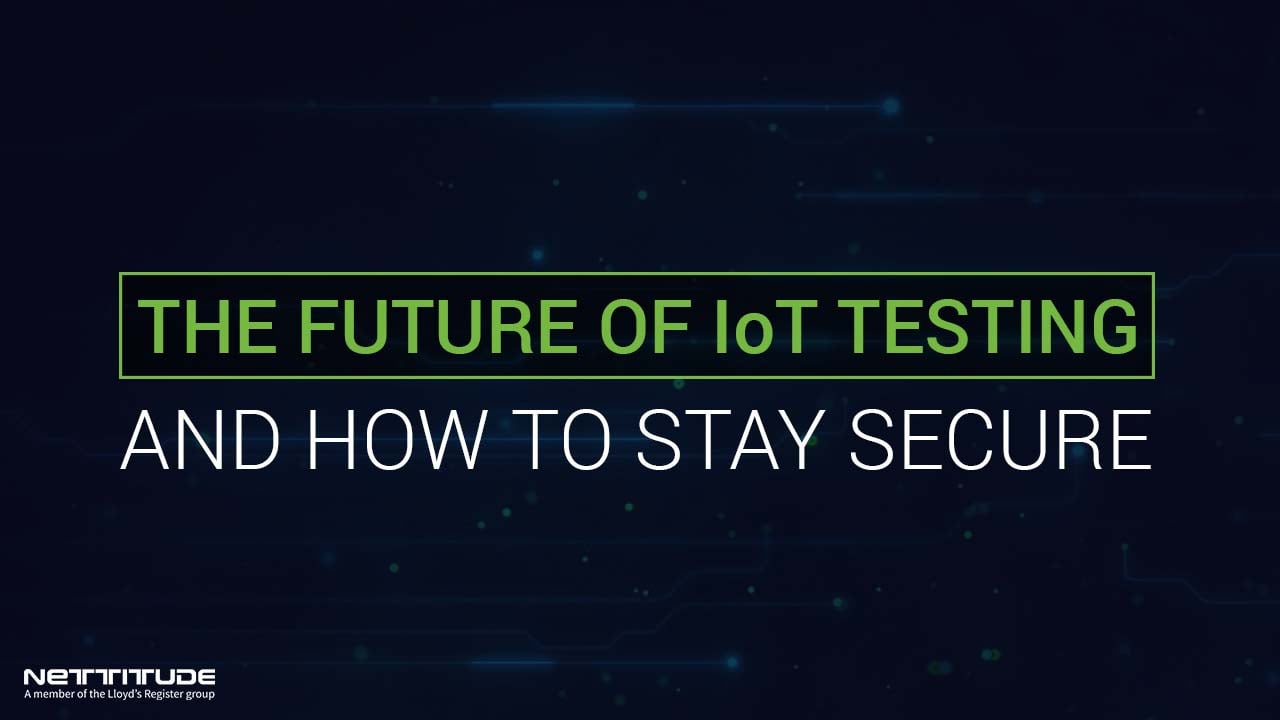 How does IoT work?

Through IoT, Internet connectivity is expanded outside of standard devices, including smartphones and laptops. IoT allows everyday items to become Internet-enabled. By implanting these devices with technology, the tool develops its capability to interact and communicate over the Internet and ultimately enables its remote monitoring and control.

Here is a definition of IoT:

“The Internet of things (IoT) is the network of physical devices, vehicles, home appliances, and other items embedded with electronics, software, sensors, actuators, and connectivity which enables these things to connect, collect and exchange data.” (Wikipedia)

Examples of IoT applications used by consumers or industry:

What are the main security challenges of IoT?

IoT provides a range of advantageous new features for users both in the home and in the workplace. However, it is crucial that users recognise and carefully think through the potential security issues that come with the IoT phenomena.

Fundamentally through IoT users can connect their device from their phone to a network-connected computer system. Providing a powerful process of connectivity for the users and beneficiaries, yet a security headache for IT departments and law enforcement, and of course a new source of exploitation for hackers.

With an increased reliance on smart technology and the IoT, the security of traditionally non-internet-exposed devices thrusts into the spotlight. With the average person using IoT technology, this exposes a large amount of the population to potential security threats such as malware and computer viruses.

Given the growth in the usage and deployment of IoT devices, the potential for physical cyber attacks such as attacks through smart city technology (example: automation of traffic lights) could also become a heightened risk, resulting in injuries and the prospect of widespread damage.

Be vigilant to DDoS attacks on IoT devices. Back in 2016 ‘Mirai Botnethad’ infected in the region of 65,000 machines in just 20 hours! Mirai appeared to target routers, printers, IP cameras and digital recording devices.

Buggy apps are a unique problem of IoT systems. They can cause unexpected ‘bad app’ exchanges and failures, leading to unsafe and dangerous activity.

For example, buggy apps could unlock the connected-computer security system of a building or even a bank, allowing access for criminals.

As the participation of IoT rapidly grows and advances, many professionals are calling for a greater emphasis on security in the development of IoT technology.

The development of the following IoT systems involving specialist areas are of particular interest to security professionals:

There is also much debate surrounding the need for regulatory changes in the industry.

The age of IoT has also introduced a subdivision of internet-connected devices that are classed by some and could be used as “spyware” from appliances to cameras and even thermostats.

How is the IoT influencing industry?

Let us now take a look at the challenges and triumphs of major industries that have adopted IoT technology:

IoT and the car industry

IoT and the medical industry

What can companies do to futureproof themselves against IoT security issues?

These organisations have been set-up to help provide a source of knowledge and understanding for the IoT industry:

First launched in 2015, the Internet of Things Security Foundation (IoTSF) has a mission to secure IoT through best practice and knowledge.

Mozilla launched Protect Things in 2017 to provide a safe route to IoT devices through a Web of Things gateway.

At a 2018 IoT security conference chaired by European Union Agency for Network and Information Security (ENISA) and Europol European cybersecurity experts gave their view on the security requirements of IoT:

Top tips for installing and securing IoT devices at work

Now let us look at IoT in the workplace. The best place to start is to list the IoT technology you have deployed or are considering adopting in your organisation’s network.

Reflect on these three key questions specific to each IoT technology:

Here are ten best practice guidelines (in no particular order) for working safely with IoT systems in the workplace:

1. Disconnect UPnP on the network

2. Install the latest firmware onto your network