Should you choose a local or global TIBER test provider?

Finding the right TIBER test provider for your organisation is crucial. You’ll want a secure test, but there’s huge value in knowing how to act on the results to protect your operations. An obvious question exists: should you opt for a local provider in your country or choose a larger, global tester?

We consider both options to help you make an informed choice.

Why you never pass or fail a TIBER test

It’s impossible to totally eliminate the risk of a cyberattack. No reputable cybersecurity company could give that assurance. For the same reason, you cannot simply pass or fail a TIBER test.

In fact, it would pose a higher risk to state you’d passed as you might take no further action.

Complacency in cybersecurity is risky.

Protecting your organisation from cyberattacks should be continual. And it must be specific to your risk profile and particular operations. As attacks become more sophisticated, so must your testing to keep one step ahead.

Cybersecurity In a World Under Pressure – InfoSec 2021 Webinar | Nettitude 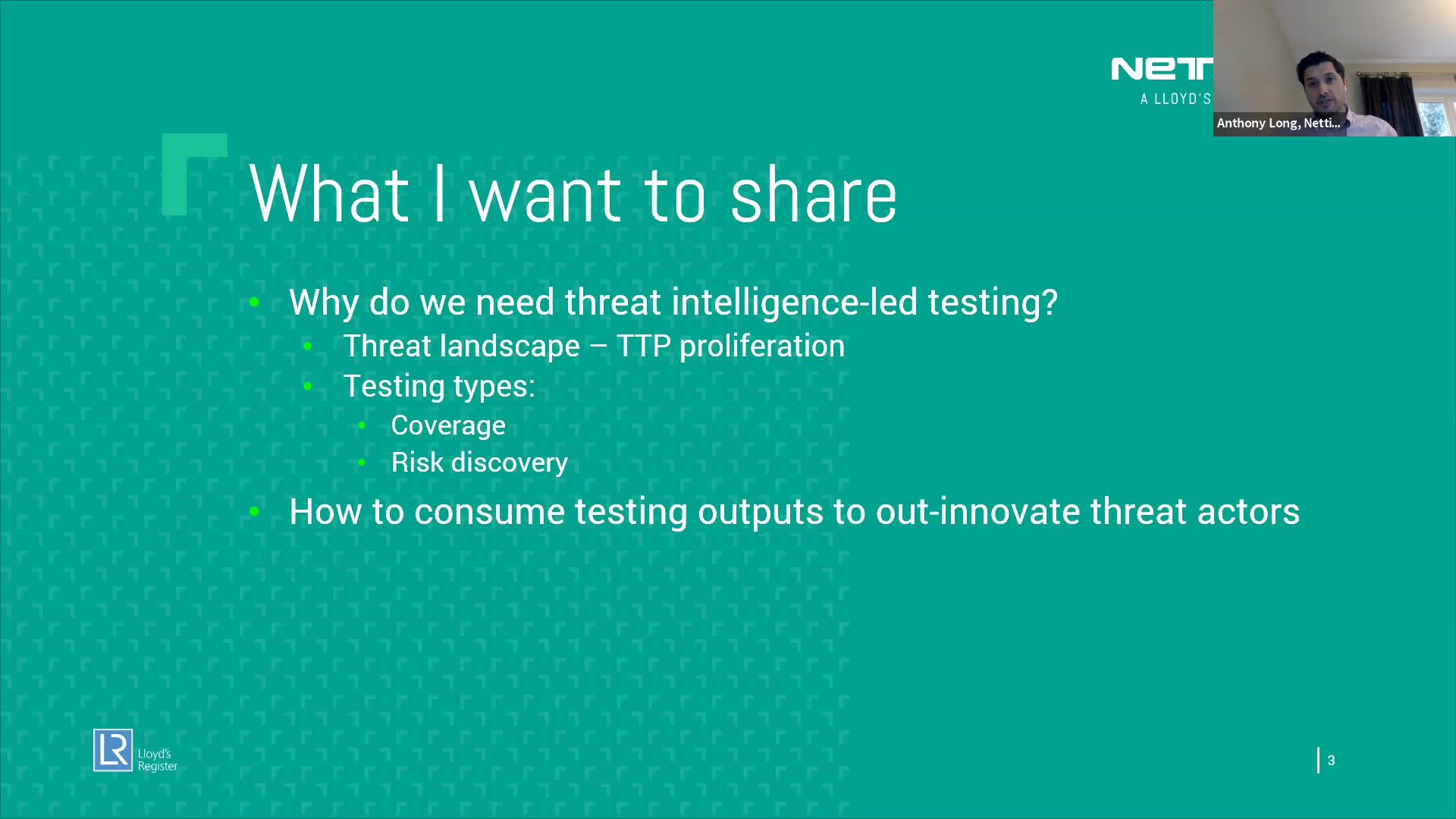 The COVID-19 Pandemic has has showed us that the need for a comprehensive cybersecurity plan is more important than ever.  Having a plan in place is important, but making sure that your cybersecurity measures are effective against an ever changing threat landscape is just as necessary.

Our Head of Threat Intelligence and Advisory Consulting, Anthony Long, recently presented at the InfoSec Webinar on "Cyber Security In A World Under Pressure." In the webinar, we took a look at the impacts of the pandemic and why threat intelligence-led testing is necessary.

May 2017, the ransomware attack named WannaCry targeted computers running outdated and unpatched Microsoft Windows operating systems. The cyber-attack encrypted user’s files and unsuspecting victims were held at ransom to return their data. It was estimated the attack affected roughly 300,000+ plus computers worldwide.

One of the major victims of WannaCry was the National Health Service hospitals in England and Scotland, with up to 70,000 devices said to be infected by the ransomware cryptoworm. Critical medical devices including MRI scanners, blood storage refrigerators and theatre equipment were affected, resulting in severe disruption to the NHS and an estimated £92 million-pound expense.

WannnCry is just one case study of numerous health organisations becoming victims of cyberattacks. But, just why is the health sector such an enticing target for hackers?

How Endpoint Detection and Response can improve healthcare cybersecurity | Nettitude

The move to the Cloud and remote working models has changed the way networks are connected. Today, we are shifting focus from security to protecting assets rather than the traditional perimeter. Traditional anti-virus is no longer able to keep up with newer attacks and vulnerabilities, allowing compromises to occur more frequently; especially for the healthcare industry which is frequently targeted. They therefore need additional protection in the form of Endpoint Detection and Response (EDR) Tooling. 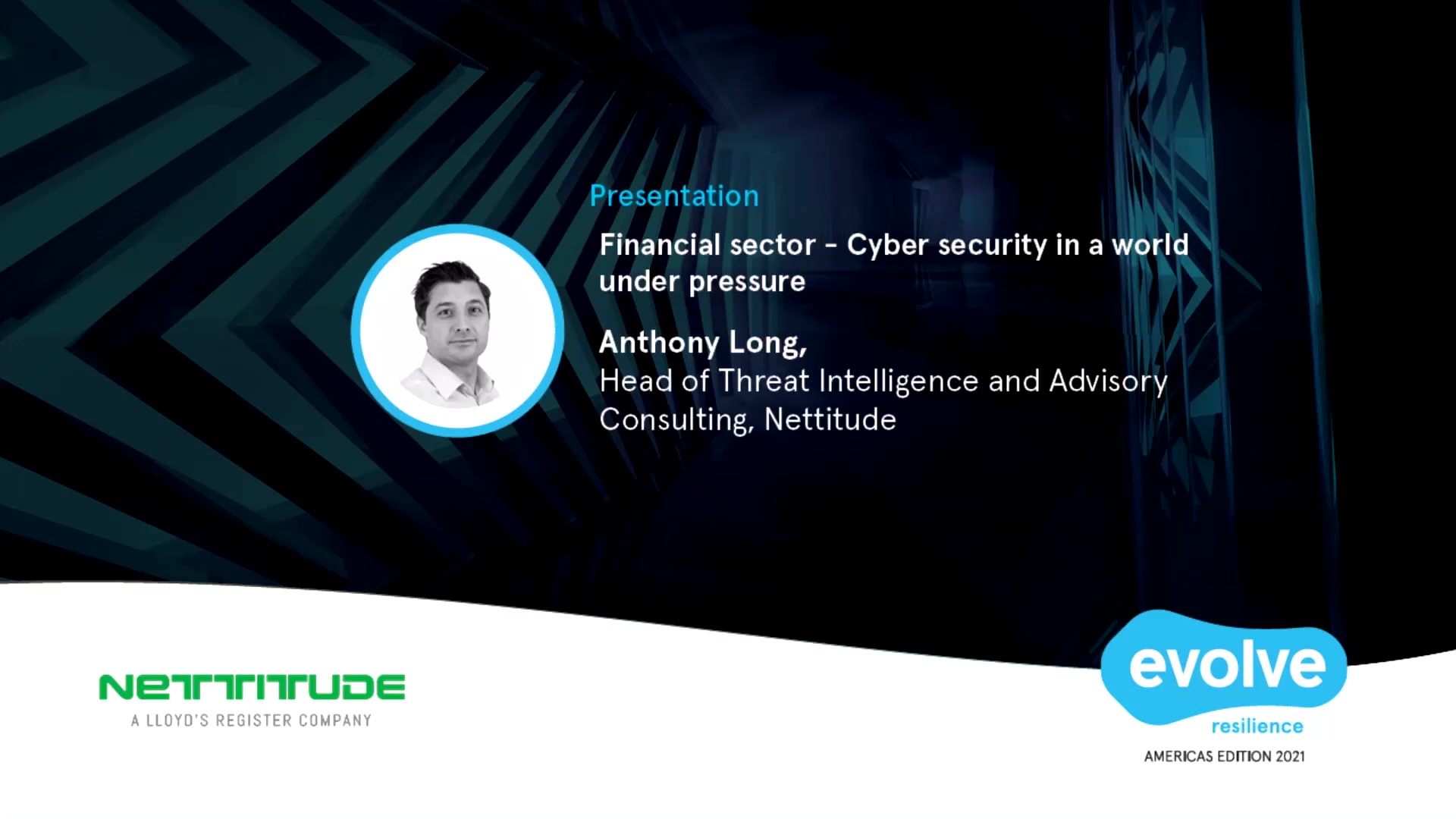 Cybersecurity. While the rest of the world has almost shut down this past year, cybersecurity is one of those industries where the cogs keep on turning. In fact, the vulnerabilities of most other industries have created a sharp rise in cyber-attacks during this time. From ransomware attacks on the healthcare sector, to increased risk for financial services as organisations shift their focus to survival mode.

Our Head of Threat Intelligence and Advisory Consulting, Anthony Long, recently presented at the EVOLVE 2021 Webinar on "Cyber Security In A World Under Pressure." In the webinar, we took a look at the impacts of the pandemic and how this has triggered an increase in cybercrime.